Posting’s been even lighter than usual because for the past several days, I’ve been spending a ton of time inspecting M’s and her mom’s heads for lice and nits (and being inspected in turn). After four solid days, M was entirely louse-free.

What a way to spend the Thanksgiving weekend!

But on an unrelated note, Pentatonix triumphed in the Sing-Off, showing that sometimes talent is rewarded.

And speaking of singing harmony, I had a surprise from M today: She was watching Wild Kratts as I inspected her head again (clean), and she sang along with the theme song in harmony. It was only for two notes, but still — it appeared to me that she was making up the harmony on her own. The one time we tried singing a round, it didn’t work out — M got pulled off of her part onto mine. But apparently she is learning harmony by osmosis.

This may seem out of place in my blog about Suzuki guitar, but as someone who loves music, I cannot say enough good things about NBC’s The Sing-Off. (And no, I have no connection to the show. I’m just a fan.) The singing groups on this show — a competition among a cappella singing groups doing popular music, in case you don’t know — are just remarkable.

I am particularly in love with Pentatonix. They consistently deliver creative and technically outstanding performances, and they are simply adorable. I love the fact that the three main singers are 19 years old and sang together all through high school. I also find it incredibly charming that their main front man, Scott Hoying, took second place on Star Search when he was 12 years old, and here he is again competing on a singing show. These kids just love to sing, and they demonstrate outstanding musicianship. Anyone who loves music has to admire what they do. 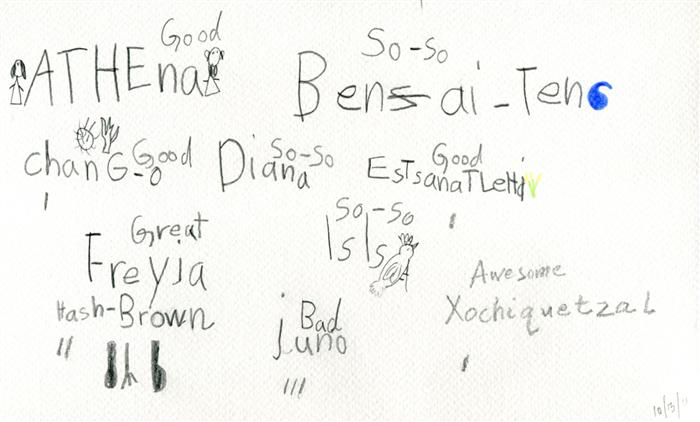 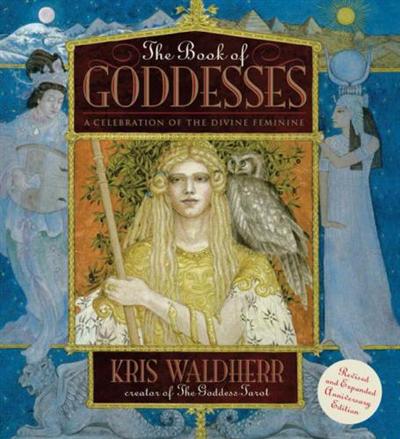 Soon, my girl will need a 48 cm guitar, so I was looking back at my children’s guitar page. When I browsed the European stores that sell kids’ guitars, I discovered a higher-end model for sale (a Hopf 48 cm guitar). So I updated my page by adding info about Hopf guitars. I am so tempted to buy one of these European guitars.

Thursday: I’ve been thinking about rhythm ever since Colorado, for a few reasons. First, I enjoyed Jeremy Dittus’s Dalcroze presentation in Colorado and became interested in the Dalcroze method of music education, in which rhythm and dance are paramount. Second, in M’s group class in Colorado, her teacher (Kevin Hart) broke up the class with a clapping exercise, which engaged both the kids and the parents. Third, M has been playing 3/4 songs in 4/4 time lately.

So today, I started looking at two books on the subject

To ease into practice, I told Maura that for the first half of our practice, we would do things in Slap Happy. She was a little hesitant when things were difficult (it’s not so simple to coordinate your hands and feet, even in a pretty simple rhythm pattern), but we had fun for about 15 minutes. I plan to keep doing it.

We started our regular practice after dinner, and it went great. M brought in two fairy books to use — she wanted to earn the fairies for repetitions. Basically, this means that when she does a repetition (or a few), I say, “Great! You’ve earned the fairy with the red wings!” (Or I ask her to pick which fairy she earned.)

Substance-wise, we didn’t get past the second half of Meadow Minuet, which we’ve been practicing. She did well on the C section, but she got the D section in her head with bass notes in the first half but not in the second, so she stops playing the bass notes halfway through. To get her to pay attention to the bass notes and play them was a real challenge, and we worked our way around to it through a combination of trading off parts, slowing down a lot, and singing and talking. By the time we finished, though, she managed to play, at a slow tempo but in time, the bass notes that she had been dropping entirely when we started. So that was progress.

I do think that M’s foundation work is starting to pay off. We got through portions of the song much more quickly than we would have just a few months ago, it’s largely because I don’t have to spend a lot of time trying to adjust her technique, and her technique is so solid that it really supports her playing.

Two things have created a blogging backlog: (1) a busy life, and (2) the fact that I’ve been recording our home lessons.

It’s ironic that recording our lessons has reduced my blog output — a big reason I started regularly recording them was to improve the quality of my posts.

The problem, though, is that because I know I have a recording of each lesson, I feel less urgency about blogging every day. In the past, blogging promptly was imperative, because otherwise I’d forget what we did. Now, I think to myself, “It’s okay if I don’t blog today, because even if I forget what happened, I can just listen to the recording!”

But that’s where we are. I hope to get caught up soon.

Wednesday: Well, our morning was not good. M was fidgety and uncooperative, and I got annoyed enough at something she did that I left the room briefly to avoid snapping at her. But I cut the lesson short after she played something (probably a section of the Canon) and then argued with me over whether she had played it right (she had made some obvious mistakes). I said I wasn’t going to argue with her and we’d just practice more in the evening, then I put her guitar away. She cried a little.

The evening went much better (after a rocky start during which M was uncooperative and I was snappish).

In light of the morning’s problem—M arguing with me over what she had done—I decided to use the audio recorder again. So I had M play sections of the Canon which I recorded, then we listened to them together.

She was a little whiny (complaining that the earphones hurt her ears and that a mild sunburn was bothering her), but mostly she cooperated. At one point, she played a section in 1st position that ought to be played in first position, but because only one note is an open string, everything but that note (and the surrounding ones) sounded normal. She laughed when she finished and said she did it deliberately, which was probably true. On the one hand, I like her confidence and playfulness. On the other hand, I was annoyed by the deliberate decision to make a mistake.

I supposed it’s a sensible defensive strategy: choose to fail, so that failure becomes success (you succeed at the failure you have chosen for yourself).

We also worked on a review song (Allegretto?), and it was sadly rusty. I have been neglecting review in favor of Read This First because M is more engaged with the sheet music. But we need to be doing more regular review.

Monday: We had short morning and evening practices, and both went pretty well, so M earned two of her hostage Squinkies. We worked on 4 things total, 2 in each session:

M asked about practicing Brother John with singing one part and playing another. I demonstrated two measures and showed how hard it was, but we didn’t have time to get started on it.

Tuesday: Our 20 minutes in the morning didn’t go so well—I stuck with the plus/minus tactic, and handed out a lot of pluses. We worked on May Song, trying to fix a new note mistake.

In the evening, I had M play an ear-training game at Theta Music Trainer: paddle pitch, which is a little like pong, but you have to type the number of the pitch you hear. She got much better at it over the course of a few minutes, and I was very pleased that she did not get discouraged even when she made lots of mistakes.

We then practiced for 10 minutes or so after dinner. She was more cooperative, and I was less demanding. We did:

On an unrelated note, I learned today that her group teacher’s son, who’s an excellent 14-year-old guitarist, started on violin and (briefly) piano before switching to the guitar. I think I’ll try to talk to her group teacher about how you decide whether to switch instruments.

Easter Sunday: I was absorbed all day in house projects, so we didn’t practice until after dinner. A mistake.

On the plus side, M had a couple repetitions of the Canon that she played with complete focus and excellent left-hand position.

On the negative side technically, M’s right hand looks pretty bad on With Steady Hands, and she doesn’t play with much dynamic contrast. Her thumb, in particular, is pretty awkward — hence my asking her to play just the bass notes.

On the negative side behaviorally, she continues with her passive-aggressive resistance. At one point, I said, “You know, I’m thinking of getting the chocolate bunny ears [an Easter treat we all planned to share], and each time you don’t do something I ask you to, I might take a bite of them.” She started crying at this, and I explained that I was trying to figure out some way to get her to cooperate and do what she’s asked, when she’s asked. She calmed down and her behavior improved slightly, but ultimately, I told her that she’d be skipping her treat tonight if she didn’t do as asked, when asked.

The passive-aggressive resistance today was a continuation of her behavior in her private lesson yesterday. Her studio teacher deals with it by making cheerful threats related to whatever game they’re playing (“You’d better get ready or I’ll get an extra roll of the dice! etc.). I’m not sure how different that is.