We had a pretty good practice, but I continue to be baffled at how little we get done in an hour. And M was generally cooperative! We did:

Normally this doesn’t bother me much (though obviously I wish she answered differently), particularly since she has bought into the guitar in other ways (as shown by the “rock star” remark). But the mother of M’s friend had earlier been telling me about her daughter’s ice skating and gymnastics and had remarked with pleasure that her daughter really seemed to enjoy both activities. The contrast with M’s attitude about the guitar struck me.

On the positive side, while M and I were making a Keva-plank structure, she liked something I did and said:

Here’s the bunny we used during our lesson (M kept it under her wrist while she played Perpetual Motion): 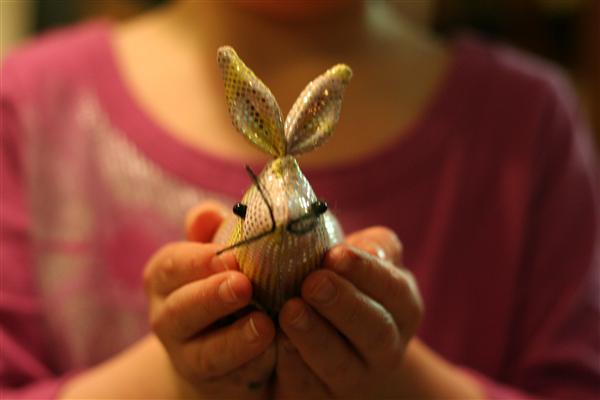